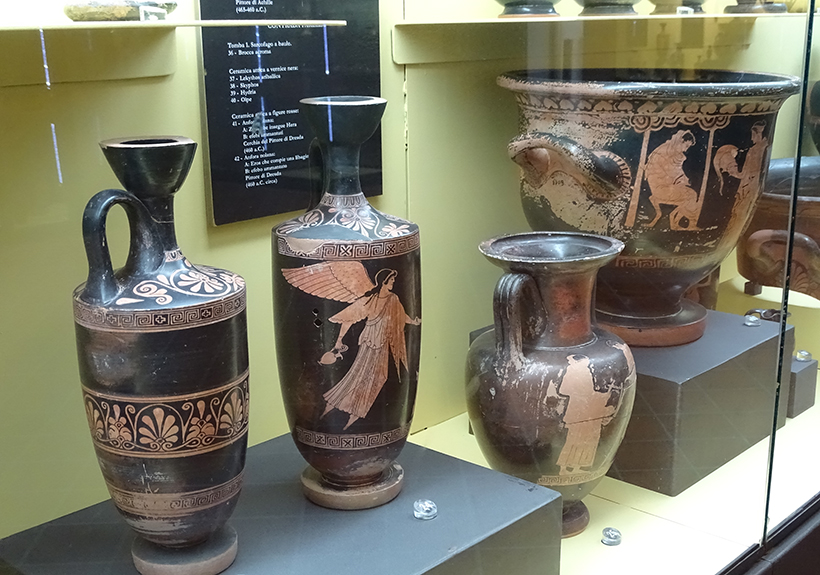 The Museum is adjacent to the acropolis area of the Greek city.

The premises were built in the fifties and were born as a National Museum, which was then considered one of the most modern in Italy. In 1984 it was opened again with a new arrangement, after being enlarged for exhibiting new material.
The last works made in 1995 have completely renewed its exhibition route and explanatory facilities.

The museum illustrates the history of ancient Gela and its surroundings through pottery, bronzes and coins dated, from prehistory to Middle Age. 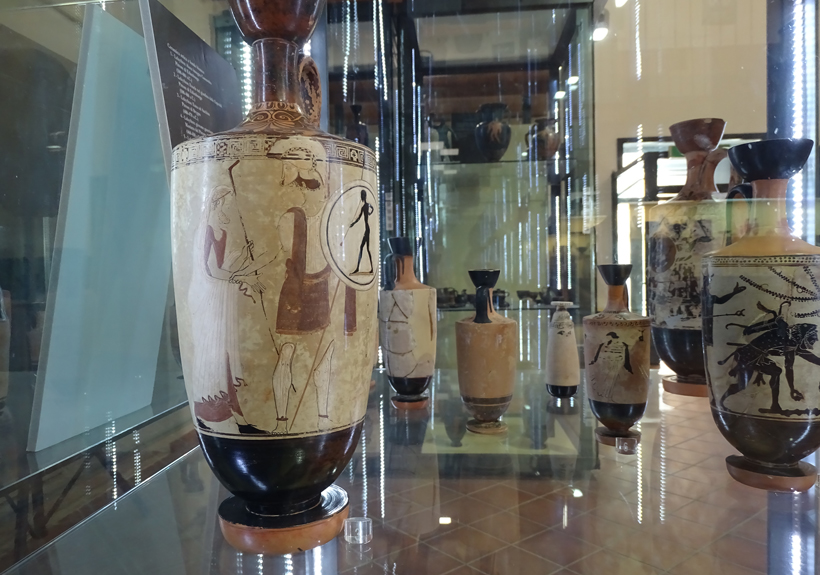 Gela was the first Rodian-Cretan colony founded in Sicily, according to Thucydides, in 689-688 BC. It soon became one of the most important towns of the island and was a rival of Siracusa itself.
Aiming to expand and control the area, it founded Akragas (Agrigento) in 581 BC, and later extended its power up to the Strait of Messina.
In the second half of the 5th century it started declining. In 405 BC it was conquered and destroyed by the Carthaginians. Rebuilt in the 4th century BC, it was attacked many times by Siracusa and between 285 and 282 BC it was destroyed by the tyrant of Agrigento, Phintias, who moved its inhabitants to Licata where he founded a new town called Phintiade. 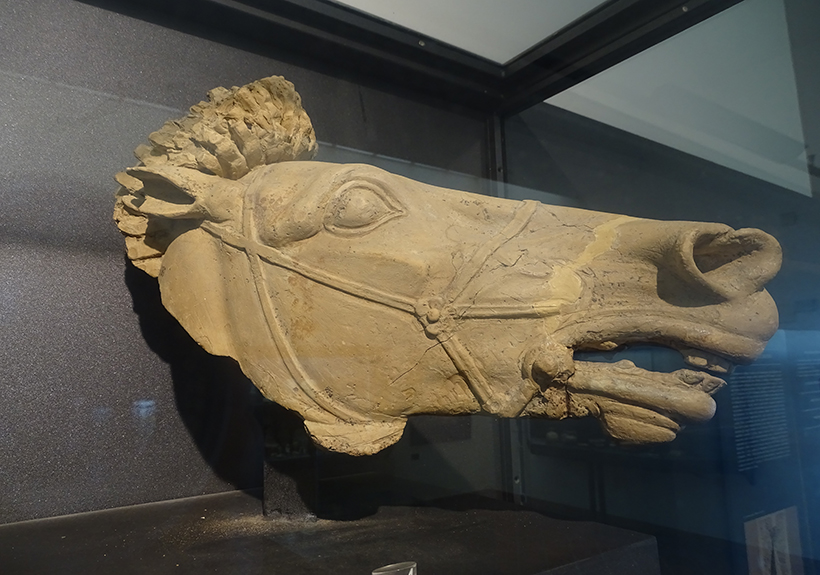 The collections. The oldest core is constituted by the Navarra and Nocera collections. The former was bought in the 50s and includes a big number of Corithian and Attic vases with black or red figures, coming from the clandestine excavations made in the necropolises and collected in the end of the 19th century by Baron Giuseppe Navarra.
Some of the Attic vases with black figures (end 6th-beginning 5th century) are attributed to the Painter of Gela and to the Painter of Eucharides, and many lekythoi of the “Phanillys class”. Some of the Attic vases (first half 5th c. BC) exhibited were made by the Painter of Edinburgh, Painter of Boreas, Painter of the Phiale of Boston, Painter of the Porci, Painter of Berlin and Painter of Brygos. They are important Attic terracotta painters who arrived in Gela by merchant boats. The wreck of one of these boats was found off the coast and it offered the chance of obtaining important data for studying the ancient naval architecture and the trade between the old colony and other towns in Greece.

The arragement follows chronological criteria and is articulated in eight big sections, each with explanatory materials. 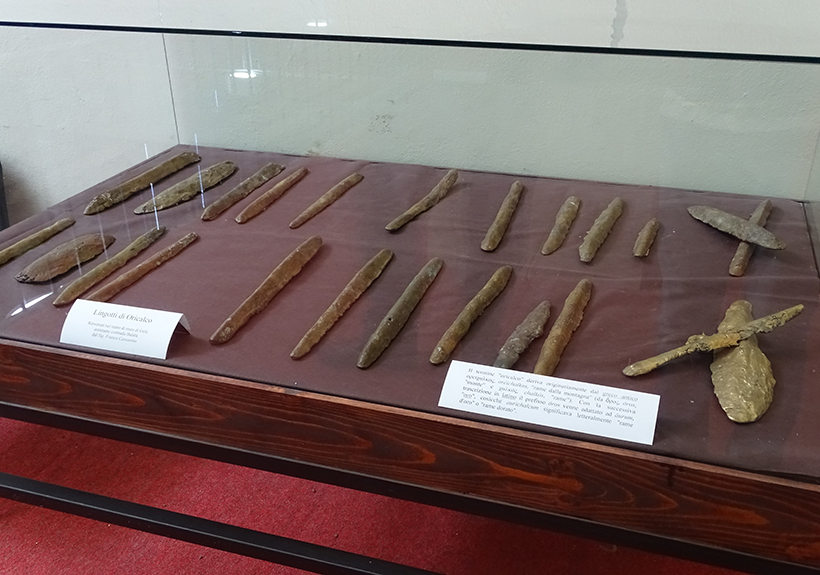 Ground floor
Section 1 the history, the prehistory, the acropolis(from the establishment up to 5th c. BC) and the acropolis (4th c. BC), the Emporium, the Boat
Section 2 The Heraion, the town between 4th-3th c. BC.
Section 3 The Kilns, Epigraphy
Section 8 The Greek necropolises, the Navarra and Nocera Collections