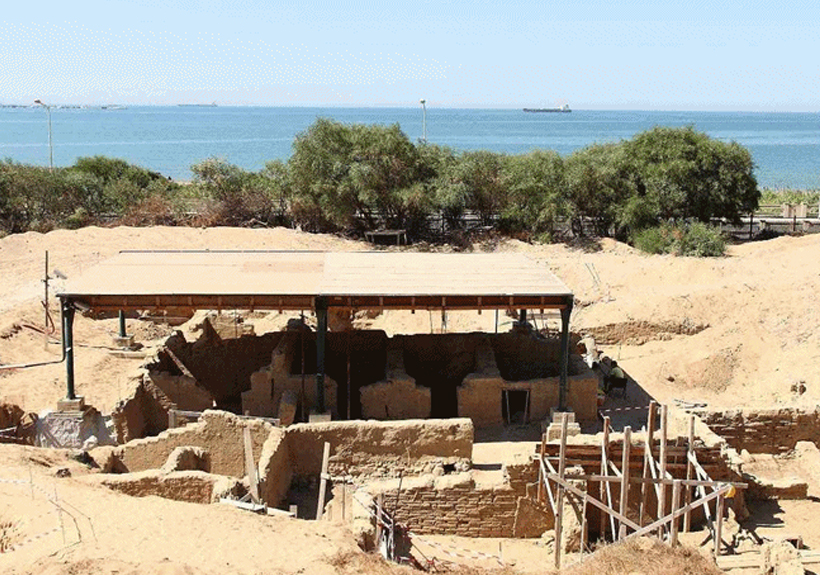 This complex is located along the south-east side of the hill where the first inhabited centre of the ancient Gela stood, in a place called Bosco Littorio.
Discovered during excavations carried out between 1999 and 2000, it has structures with an exceptional state of conservation. These feature a raising structure in raw bricks (in some places up to 2 meters), a type of construction material that is easily perishable, but which has been perfectly preserved thanks to the large sand dunes that distinguish the coast of Gela. Moreover, the walls are covered with fine light-coloured plaster, which is still visible in several rooms.
Situated between the river and the sea, this area has been identified as an ‘emporium’, a site where exchanges took place between traders from the Greek colony and seafarers from all over the Mediterranean. 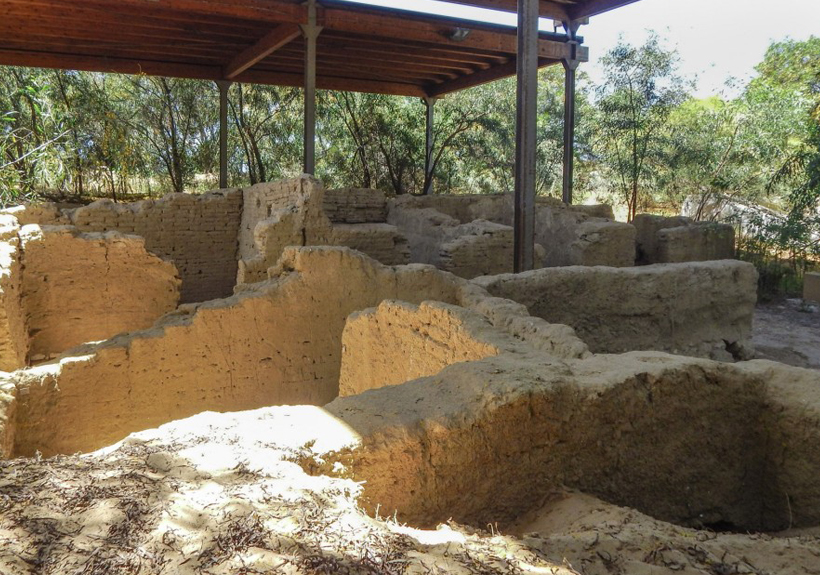 The emporium is divided into several rooms with a rectangular plan probably arranged into small blocks. In the upper part of the structures you can see the housings for the wooden beams that formed the roof frame, made of terracotta tiles – you can also see the openings for the doors and windows.

This site is dated to the sixth century BC, in view of the older finds found there. It was abandoned around the beginning of the fifth century BC, probably because of a natural disaster.
Among the many materials found, of great importance are the three terracotta altars with the representation of mythological scenes in relief, dating from the early sixth century BC, now considered one of the greatest archaeological treasures of Sicily and exhibited at the Archaeological Museum of Gela.