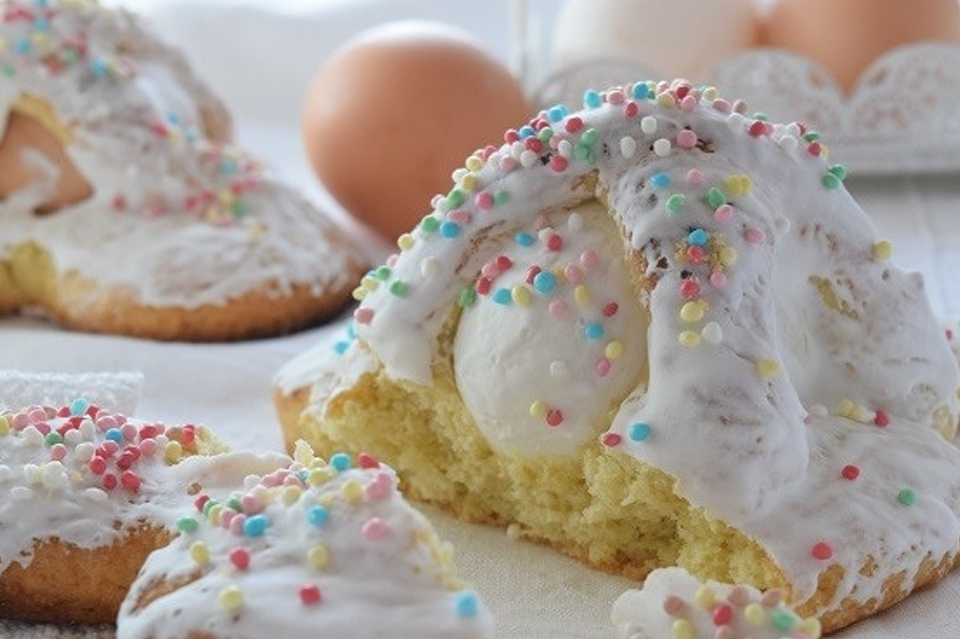 It is a biscuit of ancient peasant origin, traditionally served at Easter.
The peculiarity of this sweet is the presence of a hard-boiled egg, as a symbol of life and rebirth, which is inserted into the shortcrust pastry with its whole shell.

Preparation
Mix the flour with all the ingredients, adding the milk little by little until a solid dough is obtained.
Leave to stand in the fridge for about an hour.
Subsequently, divide into portions and give each of them different shapes, fix the hard-boiled egg on each sheet covering it with strips of dough arranged in the shape of a cross.
Cook at 180°C for 30 minutes.

Whisk the egg whites until stiff, add the icing sugar and the juice of a lemon.
As soon as they are whisked, with the help of a brush, brush the puppets with the egg and cover them entirely with icing.
Before the icing hardens too much, sprinkle with the colored sugared almonds.

Pasta with telline clams
Once upon a time... ‘u pani i casa’ (‘Home-made bread’)
Tuna with onion and vinegar
Octopus in a terracotta container
Mostaccioli
Sun-dried Tomatoes